For many Americans immersed in pop culture, the film My Big Fat Greek Wedding offered a comic if inaccurate view of Orthodox Christians (especially Greek Orthodox!) as part of American Life.

But now, amid rising civil unrest, involving nihilism and separation of intellectual society from country amid a variety of deep crises and controversies, commentators are calling the question of whether America in 2020 may not resemble one of those long Russian novels circa the 1860s, which emerged from Russian Orthodox culture and its own crises. In other words, My Big Fat Russian Novel.

Two writers, one on the Left, and one on the Right, have made the case recently.

They don’t see this as a comedy, however.

Having recently taught an online summer group independent study on “Dostoevsky and Philosophy” for my university, in which we read several nineteenth-century Russian texts, both fictional and polemic, across the political spectrum, I can attest that my students of different backgrounds and views agreed with the serious relevance of Russian literature to our situation today. I’m seeing that even more as I teach an online short non-credit seminar focused on Alexander Solzhenitsyn’s historical fiction, March 1917 Book 1, in his Red Wheel cycle. Not long ago I wrote on the relevance of Solzhenitsyn’s great fictional epic in The Federalist.

Russian literature was a vehicle for working out philosophical issues of revolution and anti-revolution, in decades leading up to the establishment of the world’s first classical totalitarian regime, the Soviet Union, the Bolshevik Communist state. That Bolshevik regime’s concentration camps inspired the Nazis, and its ideology still lives in Communist China. Communism originating from the Bolshevik Revolution caused the deaths of 80 to 100 million people in the twentieth century, according to a group of scholars who examined the record near the end of that century in The Black Book of Communism. Solzhenitsyn himself was both a prisoner and a dissident in that system. This is not light comedy, although there is a kind of deeper satirical and wry humor in writings by Dostoevsky and Solzhenitsyn, with regard to progressive utopian ideals, conservative complacency, and human nature.

Orthodox Christian writer Rod Dreher makes the case, based on his new book Live not by Lies, that the resemblances of nineteenth-century Russian literary themes to America today presage the coming of totalitarianism to America, as foretold by some holy people in the Russian Orthodox tradition in the twentieth century. Only America’s future, according to Dreher, involves a “soft” or “cultural” totalitarianism, befitting varieties of cultural Marxism, and focused on materialistic and nihilistic approaches to culture, as a means of subverting allegedly oppressive systems, rather than economic class warfare, as in classical Marxism.

Dreher, a senior editor at The American Conservative, was commenting on the writer Peter Savodnik’s astute view from the Left on the relevancy of Russian literature today, writing in Tablet. However, Savodnik’s final hope in his essay is for a resurrected spirit of the Russian novelist Ivan Turgenev’s liberal humanism. In expressing that hope, Savodnik left out one detail that would not be lost from Dreher’s complementary but different emphasis, based in a deep personal connection to the experience of Orthodox Christians under Communism.

Turgenev was a mid-19th-century Russian novelist who portrayed a young radical nihilist in an affection and humane if tragic way in his classic Fathers and Sons. But another even more famous Russian novelist of the era, Fyodor Dostoevsky, mercilessly but hilariously satirized Turgenev’s approach in his novel Demons, through the character Karmazinov based on his rival, written soon after Fathers and Sons. In that fictional response, Karmazinov-Turgenev’s empathy as an older liberal writer for a younger generation of nihilists finally is reduced to the fictional character seeking from the young revolutionary leader some inside information on when violence will occur, so that he can flee to safety.

Love is a necessary Christian response. But sometimes “tough love” in the social sphere means pointing out the effect of self-destructive ideas and obsessions, and how they could hurt the vulnerable, including young people, and the Christian faith. Such prophetic discernment is what the Russian Orthodox Christian writer Dostoevsky pursued in critiquing ideas that he felt were demonic in their possession of people who became unable to love due to their ideology, and came to treat other humans as only means to their ideological ends.

When the real revolution came in Russia to implement such ideas, no one was safe. Few were left untouched around the world. Now the specter of nihilistic revolutionary totalitarianism is being summoned up zombie-like again in the West, in new forms, this time by intellectual necromancers of both “woke” capitalism and socialism. It is an odd cultural coalition, but one driven by a common sense of meaninglessness in the atheistic, materialistic, consumerist culture of the “global West.” 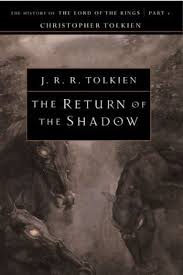 A famous mid-twentieth-century writer of a huge novel who also critiqued these trends in earlier form, in English (but representing them more in mythical symbolism), J.R.R Tolkien, wrote of the potential cultural revival of totalitarian systems. Tolkien was a medieval scholar and a Roman Catholic, whose focus on first-millennial (pre-Schism) Christian literatures and their themes also has endeared him to many Orthodox Christians. Tolkien’s hero Gandalf warned that evil comes to each generation in different forms, a distinctly Christian idea rooted in awareness of fallen human nature and its destructive will to power. And in back stories to his mega-novel The Lord of the Rings, published posthumously in the 12-volume History of Middle-earth, Tolkien wrote of how, following the defeat of Mordor in the novel, younger generations in more prosperous and peaceful times sought to idolize its evil system, in cult-like imitations of Sauron’s system of oppression.

Literature based in ancient traditions, from before the age of Twitter and “woke iconoclasm,” today speaks from its supposed grave with uncanny warnings for life in these United States.

One thought on “America 2020: My Big Fat Russian Novel”